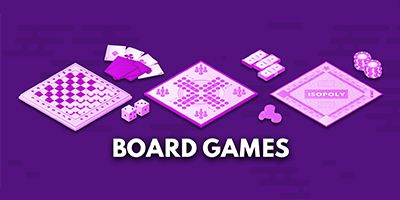 Board games are tabletop games that often include moving or placing pieces on a pre-marked board or playing surface. These games often incorporate elements of tabletop, card, role-playing, and miniatures games. The majority of them involve two or more players competing against each other.

History of Board Games

Since the dawn of civilization, people have been playing board games.

Takeout and a titillating round of competitive fun are the best way to spend an evening at home. For one night only, turn off Netflix and play wholesome classics like Monopoly! Stimulate your intellect with strategic abstract or word puzzles, or embark on an adventure from the comfort of your own home with cutting-edge adventure games! Why not laugh out loud at one other's goofy drawings or try something different, like becoming a little noisy and provocative or making deep, profound connection? The possibilities are limitless.

Here's a list of the 25 best board games you can play.

Here is the 25 board games list given below. We will be discussing the games in the list in detail ahead.

We all love playing board games such as ludo, snakes and ladders, carrom, and monopoly with our friends and family in India. What are some Indian board games that you must know of?

Some other Indian Board Games that you can explore are:

Best Board Games to Play with Family

What bonds family members better than the classic board games like ludo or carrom? Below are a total of eleven family board games that you can play and enjoy with your family.

We shall look at these games in detail. You already read about Carrom and Snakes and Ladders in the Indian Board Games section. Let us explore the other board games further. Below is a glimpse of board games Ludo, Catan, Dobble, Uno, Monopoly, Business, Scrabble, Sequence game, Jenga.

Board Game for Adults

Fun, mean, and entertaining, we have listed eight games below that adults can play on a game night. The following are the best board games for adults.

Let us have a look at some board games for kids now.

Board Game of Kids

Playing games will help develop their minds and encourage children to compete and collaborate, but most importantly, it will be fun. We have compiled a list of the popular board games for kids below.

Board games are fun to play. The same is with card games! Do you know which is the trending card game in India that is played for real money? We are talking about poker!

Poker Vs Board Games

Poker is a card game that is played in social clubs called casinos. Nowadays, you have the liberty to play online poker. Board games are indoor games. You can play many online board games too. What is the difference between poker game and board games? Poker is a real money game. Players play cards and bet with money to show domination. It requires strategy, decision-making, planning, and smart play. People make a profession out of the sport. On the other hand, board games are mainly played for fun purposes.

1.) What are the top 5 most popular board games?

The top 5 most popular board games are:

The number 1 board game in the world is Chess.

3.) What is the greatest board game of all time?

The greatest board game of all time is Chess.