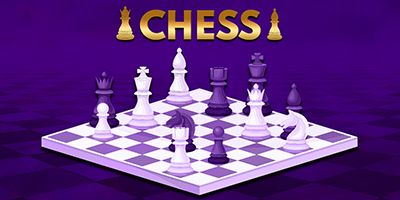 Chess is a strategy board game in which two players compete against each other. It is also known as Western chess or international chess to distinguish it from similar games like xiangqi and shogi.

Who Is the Inventor of Chess?

Chess has a long history, spanning decades and perhaps centuries! But who created the game that we all enjoy? What was the origin of this well-known mental practice that tens of millions of people participate in?

So, in this article, we'll look at the various origins of the game of chess and teach you the basics of chess history.

A Famous Legend in Chess History

Who Invented Chess: A Quick Overview

How To Play Chess Board Game?

Let us see how to play chess below.

In 7 Easy Steps, You Can Begin Playing Chess

Learning to play chess, the world's most popular game is never too late! Chess rules are straightforward:

Step 1: How To Setup the Chessboard

Below are the chess tricks on how to move King, Queen, Rook, Bishop, and Knight.

How Do You Move The King In Chess?

How To Move The Queen In Chess

How To Move The Rook In Chess

How To Move The Bishop In Chess

How To Move The Knight In Chess

Step 3: Familiarize Yourself With the Rules of Chess

There are a few peculiar rules in chess that may appear strange at first.They were created to make the game more interesting and pleasant.

How To Play "En Passant" In Chess

How To Castle In Chess

Step 4: Decide Who Goes First in the Chess Game

Step 5: Go Over the Rules of Chess to See How to Win a Game

A chess game can be won or lost in a multitude of ways: checkmate, draw, resignation, time forfeit.

How To Checkmate In Chess

The object of the game is to checkmate your opponent's king. This happens when the king is restrained and is unable to flee.There are just three methods for a monarch to avoid check-in:

Checkmate can occur early in the game if one of the players does not act wisely.

What Is The Best Chess Game Drawing Technique?

Four fundamental concepts should be understood by every chess player:

Keep An Eye On Your King

Get your king to the far corner of the board, where he will be safe. Don't wait another day to start casting. You should castle as soon as feasible in general. It doesn't matter how close you are to checkmating your opponent if your king is checkmated first!

Don't Give Your Pieces Away

Don't let your pieces go astray! Because you can't win a game if you don't have enough checkmate pieces, each piece is crucial. The majority of players use a simple method to keep track of the relative value of each chess piece.

How Much are the Chess Pieces Worth?

These points have no value at the end of the game; they are merely a tool for making decisions throughout the game, such as when to capture, exchange, or make other moves.

Control the Center of the Chessboard

Use All of Your Chess Pieces to their Best Potential

Your pieces are meaningless if they are seated in the first row. Develop all of your pieces to increase your offensive possibilities against the king. Only one or two of the pieces are used. Attacking with one or two pieces will not work against any decent opponent.

Step 7: Play a Variety of Games to Put Your Talents to the Test

To enhance your chess skills, the most important thing you can do is play a lot of it! You must play the game frequently to develop, whether you play with friends or family at home or online. Nowadays, finding a chess game is not difficult.

After learning how to play chess, let us understand the chess rules.

Have a look at the chess tips and tricks listed below.

A chess ranking system is a means of determining a player's power based on their performance in the game of chess against other players. They are also used by FIDE, the United States Chess Federation (USCF or US Chess), the International Correspondence Chess Federation, and the English Chess Federation. Although the majority of the systems are used to recalculate ratings after a tournament or match, several are also used to recalculate ratings after individual games. Popular online chess sites use check rankings as well.

Unlike chess, poker contains secret information about the opponent's hole card. According to game theorists, chess is a game of perfect information, whereas poker is a game of imperfect information. In Chess, there is no such thing as a give-away when making a move because both poker players have all of the information. Poker game is exciting because players are given indications during the game and must use their mental abilities to overcome their opponents. You can play chess online with friends, and you can also play poker online with friends.

Do you want to put your poker skills to the test? Play free games with the Spartan Poker app on your mobile phone! Play real money poker games to win cash prizes and use the freerolls for practice. You can win up to if you beat your opponents.

Beat your opponents and win up to Rs 1 lac on the Spartan Poker app now!

Chess is not bad for you, but players might have to over-exercise their brains during tough chess competitions.

No. Chess is an evergreen game.

4.) Does chess make you smarter?

The rule of chess game is ensuring your king piece’s safety and checkmating your opponent.