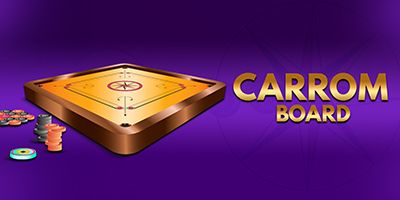 Carrom is a tabletop game that originated in South Asia. The game is immensely popular in India, and it goes by many different names in different languages. Many clubs and cafés in South Asia organize competitions regularly. The Carrom board game is a popular board game among families, especially children, and at social gatherings. Different areas have different standards and carrom board rules. During the early twentieth century, it became extremely popular in the United Kingdom and the Commonwealth.

History of Carrom Board Games

How Did Carrom Get Its Name?

Underneath the board's surface, wooden bracing supports are fastened to both the plywood board and the border frame, reinforcing the playing surface and preventing warping.

Carrom is a popular board game in India, and it is unlikely that anyone hasn't seen or heard of it. For years, carrom was an essential component of summer vacations, family reunions, and social activities. With the passage of time and technological improvements, the carrom game has evolved into a popular online gaming platform with a variety of carrom board game versions. While the rules and action in online carrom differ drastically, the games nevertheless guarantee to be entertaining.

Carrom, also known as Karrom, is a popular game in Nepal, Bangladesh, Sri Lanka, and Pakistan, with many players competing in carrom competitions. Despite its popularity, many of you may not be familiar with the various carrom game varieties.

Let us have a look at the carrom board variations in detail below.

While the ICF, the regulatory organization of carrom, has established standard rules and regulations, some regions do not adhere to all of the ICF's carrom rules and laws, resulting in various variations. Here are some fascinating game versions.

The Point Carrom variation is popular with youngsters and is widely played throughout East Asia. While the gameplay is identical to family-point carrom, some of the rules of this carrom game version are as follows:

Each player is assigned a color in the Professional Carrom version, and they can only pocket pucks of that color. This variant's rules are generally followed in the United Kingdom and India, and some of them are identical to those of the online carrom game on various online gaming platforms. Here are some of the rules that this version follows:

How to Play Carrom Board Game?

Find below how to play carrom board.

The goal is to flick your Striker at the Carrom Men / Coins with your finger, causing them to fall into one of the four corner pockets. The winner is the player who collects all coins and the queen first.

Setting up the Carrom Board

The First Move in Carrom: How to Break

How to Cover the Queen Effortlessly

Making use of Your Striker

In Carrom, what is a foul?

The following actions are all considered fouls:

Rules for Using the Striker

Carrom is enjoyed by the majority of the Indian folks. It is a common game in India. On the other hand, Poker is a game that is popular in the West. It is gaining popularity in India. Carrom is a board game, whereas poker is a card game.

Carrom games are mainly played for fun. There are many real money carrom board online games too. Poker is a real money game and casino game. Players compete with their opponents to win the prize pool in online poker. Indians are now choosing online poker games to earn real money and have a thrilling experience.

Want to earn cash as you play cash games? Download the Spartan Poker app on your smartphone and earn cash with poker games daily! Come, show off your poker skills on our Poker app now!

A player wins if they are the first to collect all of the pieces of their selected color.

The spelling ‘carrom’ is internationally accepted.

Yes. Carrom is a good game.

5.) Which carrom board is best?

When placed horizontally, a decent carrom board should not wobble and should not have sharp edges, protruding nails, or pinheads underneath. Other criteria include a smooth feel, a well-finished appearance, and flawlessly round edges.