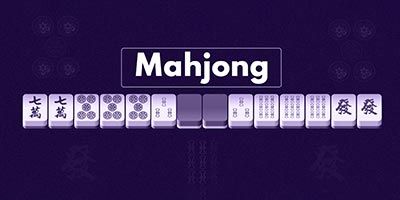 Mahjong's goal is similar to poker's in that it seeks to create matching sets and pairs. A set consists of three or four identical mahjong tiles or three consecutive mahjong tiles (also known as melds), whereas a pair consists of two identical tiles (commonly referred to as 'eyes'). A player must form four sets and one pair to win mahjong.

Did you know that Mahjong is a centuries-old Chinese game that has long been a popular activity among families and friends? The game is thought to have a 2500-year history in Chinese culture, having evolved from a simple game played with silk-printed cards. Chinese characters and symbols are used in modern mahjong tiles. Mahjong is a social game that necessitates dexterity, skill, strategy, and good fortune.

We've listed everything you need to know to get started, from general rules to gameplay and how to win, in this game of strategy, luck, and talent.

How to Play Mahjongg Online?

Mahjong is a Chinese strategy game with a long and vibrant history. It's similar to rummy, but instead of cards, it's played using mahjongg tiles. You usually play with four people, although you can also play with three. By constructing four melds and a pair, you can make mahjong. There are many different types of mahjong, thus these rules aren't set in stone. Always follow the rules of the individuals with whom you're playing.

Equipments: When you know how to play Mahjong, you'll need the following pieces of equipment:

Players: You will need four players. You can adapt the game to three people, but it's more fun with four people.

Objective: If you're playing with money, you'll start with your own pot of chips, which is similar to a monetary sum. You gain chips if you win a hand, and you pay with your chips if you give someone else their winning tile. The goal is for your pot of chips to be equal to or greater than what you started with at the end of your Mahjong online session.

Gameplay: The game is played with 144 tiles and they are made of these types:

Some of the popular Mahjong Games are as follows:

Now you can also play Mahjong online with your friends and family.

How to Win at Mahjong?

It's critical to have a Mahjong strategy; it's what will assist you win the game. Even when playing free mahjong online you need to remember that it will take a lot of work and patience, as with anything worth spending time on.

4. Pay Attention to the Tiles you Take

5. Adhere to a Strategy Yet Exercise Flexibility

6. Make the End of the Game Interesting

Because the mahjong game is associated with Chinese culture, many players in Asia are fans of the game and play it on a regular basis. For those who want to learn how to play mahjong, here are the free mahjong game rules.

Mahjong and poker are two card games that are frequently confused and misunderstood. These games have some similarities in terms of gameplay, but they also have some variances.

If you love playing indoor games, then try playing online poker. There is no other game that can reward your skills as poker does. Download the Spartan Poker official poker app on your smartphone and start playing poker NOW!

Q.1) Is mahjong hard to learn?

Ans. Mahjong is an easy-to-learn game but mastering the game requires effort.

Q.2) What are the basic rules of mahjong?

Ans. Mahjong players must create four sets and one pair with the Mahjong tiles to win. Shout ‘Mahjong!’ when you are confident that your hand is superior.

Q.3) What is mahjong and how is it played?

Ans. Players must create sets and pairs with Mahjong tiles. Four sets and one pair are created to win.

Q.4) How many tiles are there in Mahjong?