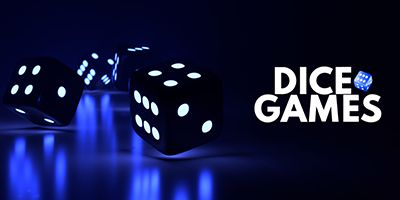 Card and dice games rarely necessitate a large investment. If you don't have a pair of dice somewhere in your drawers, which most families do, you're probably aware that there are a variety of dice games available for both children and adults. There are also many dice games that you can play for free on the internet.

It’s a relaxing Sunday afternoon. What’s the best way to pass your time? Eat a scrumptious meal and play some timepass games. You can play indoor games like carrom, cards, or dice games with your family or friends. Here, we are going to find out twenty-eight dice games that are fun and interesting.

What Are Dice Games?

These games rarely need an investment.  You would probably have a pair of dice somewhere in your drawers. Dice are small, throwable objects with marked surfaces. Rolling the dice generates random results.

Below is a list of popular dice games that you can play with your friends and family.

Let us dive into the details and find out more about these dice board games.

Learn how to play dice game that is fun and interesting!

The dice games rules for Backgammon are as follows:

The dice game rules for Qwixx are as follows:

The dice game rules for drop dead are as follows:

One of the best dice games for kids is the Run For It dice game.

Let’s now have a look at some Indian dice games.

We shall go into further details in some time. Before that, let us glance through the list of twenty popular dice games.

Let us find the difference between poker games and dice games.

Did you know that you can win real money with online poker?

Real money gaming is fun and rewarding. You can play poker on the Spartan Poker app and win real cash daily! Download our official Poker app on your mobile phone or use the Instant Play option on the desktop. Participate in real money poker and win exciting cash prizes! Play Now!

Q.1) What games can you play with dice?

Ans.) Here are a few popular dice games that you can play with your friends and family:

Q.2) What is the most common dice game?

Ans.) Craps is the most common dice game.

Ans.) Pick a number and roll the dice. Every time you roll that number, you get a point.

Q.4) Why are dice games good for kids?

Ans.) Playing these games will introduce children to:

Q.6) What is the dice game that gangsters play?

Ans.) Shooting dice is a game that gangsters play.