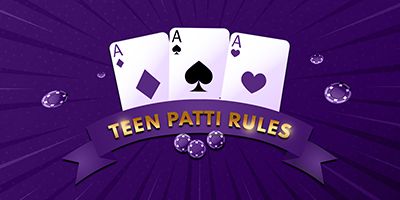 "Three cards” or Teen Patti is an Indian card game that is known as Flush or Flash. It is nearly identical to the British game 3 Card Brag. Cards are ranked in the customary order from ace (high) to two (low) in an international 52-card pack. Any appropriate number of people can participate; however, it is most likely optimal for 4 to 7 players.

As per the teenpatti rules, before playing, the value of the minimum stake must be agreed upon. Everyone puts their minimal bet into the pot, which is a money collection in the middle of the table that will be won by one of the players. The dealer distributes the cards. The cards are dealt with one at a time by the dealer until everyone has three cards as per the 3 Patti rules. After that, the players wager on who has the best three-card hand. Before betting, each player has the option of looking at their three-card hand (playing seen) or leaving their cards face down on the table (playing blind).

Let us now have a look at all 3 patti charts.

The probable teen Patti hands are ranked from high to low as follows:

How to Play Teen Patti?

The following are the show's rules:

It's worth noting that the betting process in this game differs significantly from that in Poker. There is no concept of equilibrating bets, and a showdown with more than two players is impossible.

Poker is a casino game that is played popularly in the west. 3 patti is a popular card game in India. Both the games are real money games. Poker has international appeal and is popular among the youth in India.

Rummy and 3 Patti are both different card games.

How can I do Teen Patti?

To win teen patti, you need the three best cards that form the teen patti hand.