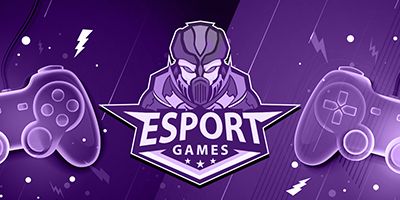 Esports are video games that are played in professional contests and are typically divided into a few primary genres. Fighting games, first-person shooters (FPS), real-time strategy (RTS), or multiplayer online battle arena games (MOBA) account for the vast majority of esports titles, with the MOBA genre being the most popular in terms of participation and viewership. Players from all over the world battle to win the prize pool in esports games.

The following are some types of esports games.

Below is the list of some first-person shooter esports games.

Below is the list of some best esports games which are online multiplayer games.

Below is the esports games list for racing games.

Below is the esports games list for real-time strategy games.

Below is the best esports games list for third-person shooter games.

Below is the best esports card games.

Below is the list of trending best esports games.

Esports became popular because you can play them at any hour in the day. There are times such as the covid pandemic when people are forced to stay indoors. You need some entertainment and fun, right? Esports are the best option when you want to stay indoors, have fun, and spend zero money.

Let us now have a look at some top e sports in detail.

The above are the most popular esports in the world. Let us now have a look at the best esports in India.

Esports: Esports has a wide category of games. As we saw above, various types of e-sports are played. Games like fantasy cricket, COD, and battleground India are more popular in India.  These are mobile games. There are esports games that require a gaming console too. Honestly, there are too many esport games. You can choose and play any game that you like.

Poker: Poker is card game that is popularly played in the West. Now, the youth of India enjoys poker games too. You can play many poker games online such as texas hold'em poker or Omaha poker. A mobile phone, as well as a laptop, can be used to play poker games. Before online gaming got popular, poker enthusiasts had to travel to casinos to play poker. Even today, some poker players enjoy casino poker. These are players who belong to an older generation. On the other hand, young poker players love to play online games due to the ease and convenience offered.

When you online poker, you get to save up on the travel cost, flight tickets, and other expenses automatically. Just log in to a poker website with your mobile phone or laptop, and you can join any poker tournament from where you are right now. That is why online poker is a thing nowadays!

1.) What games are played on esports?

The following games are played on esports:

Dota 2 is the number 1 esport game.

You can use the internet to join esports. Pick a game that you like and start playing it regularly to become a pro gamer.