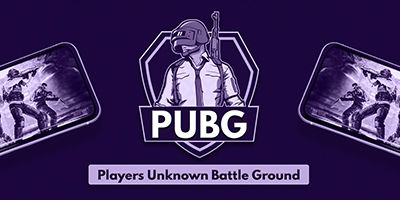 The Indian authorities banned PUBG Mobile last year, claiming a potential threat from such apps because of their ties to China. Tencent, one of China's largest technology corporations, owns the PUBG Mobile game.

On the surface, PUBG, or Player Unknown Battle Ground to those who prefer to keep it official, appears to be a simple game, but it's a classic example of a game that's much more complex than it appears. PUBG isn't your ordinary first-person shooter. The goal is to survive rather than to acquire the most kills - in fact, you can win without getting a single one - so your typical shooter approach will need to change.

Player Unknown Battle Ground is a gigantic online multiplayer game in which up to 100 players compete in a battle royale deathmatch to be the last individual or team (you can play alone, in a duo, or in a squad of up to four players) standing. Weapons and equipment are scattered around the enormous terrain in abandoned buildings, ghost villages, sheds, and warehouses. Vehicles are available for use in order to provide mobility. The playing region shrinks (in stages) towards a random place on the wide map to keep the players moving. If a player is found outside the "safe zone," they will incur damage until they die or return to it. When one player or one team is the only one still alive, the game is done.

Brendan "Player Unknown" Greene, the game's creator, had previously created the ARMA 2 mod DayZ: Battle Royale in the early 2010s, which was inspired by the 2000 Japanese film "Battle Royale," in which a class of Japanese students is dumped on an island and forced to kill one another until only one person remains alive. Greene was living in Brazil at the time and enjoyed playing video games with military themes. He wanted to build something with greater randomness because he felt that many existing online action games were too repetitive due to easy memorization of tiny areas and unvarying gameplay. A game that may be played over and over again.

After months of testing, PUBG: New State, Krafton's next battle royale game, is finally here. The new game also arrives just a few months after Battlegrounds Mobile India, India's version of PUBG Mobile, was released to tremendous acclaim in the country. It is, however, more crucial for Krafton, the owner of the Player Unknown Battle Ground IP. That's because, following a year-long prohibition, it has finally managed to bring a battle royale game with the "PUBG" moniker to market. So, PUBG is back for good this time.

How to Play PUBG Game?

The gameplay in Player Unknown Battle Ground is really simple. The object of the game is to eliminate all of the other players and emerge victoriously. Before you start playing a game, you must first decide what kind of game you want to play.

The Flow of the PUBG Game

PUBG is a multiplayer online game! That means there are strict regulations for players to observe, and abusing the game will result in people being banned from the game. So long as you don't use cheat codes, change the game's data, use offensive nicknames, or try cash transactions, you'll be fine.

Because you will confront a variety of problems while playing the game, here are some pointers to keep in mind.

Following the suspension of many Chinese apps, including PUBG, last year. The only method to play PUBG is to download versions from other countries. However, PUBG mobile update (1.4.0) was released last week. Despite this, Krafton is planning a comeback in India under a new name. The latest edition continues to elicit a lot of enthusiasm.

What is PUBG Mobile Lite?

There have been no major leaks or updates about the future edition of PUBG Mobile Lite Downloads' new features. What's there is primarily conjecture, and some of it is rather outrageous. However, players can expect improvements to the themes, weapons, and clothing.

The PUBG New Update will include the following features:

The PUBG Corporation introduced the online multiplayer battle gaming app. PUBG is another acronym for Player Unknown's Battleground. People all across the world play PUBG Mobile and PUBG Lite, which are online video games.

How is PUBG Lite different from PUBG Mobile?

You must first download the PUBG Lite Launcher from the official website before you can install PUBG Lite on your computer.

The next step is to download the PUBG Lite game to your computer and create a new account after it is installed.

Just like you can play PUBG online, you can play poker online as well. But unlike PUBG, you can make real cash when you play poker games. Poker is the most profitable game. The more you polish your skills, the bigger you get to win with poker. Here are five reasons you should play on the Spartan Poker app.

PUBG PC is free to play for all. You can download the game from the Play Store, Apple Store, or even get an Apk download online. But make sure you have your VPN turned on when downloading the game and playing it for a better user experience.

You can download the game from any website that has an Apk download online. But make sure you have your VPN turned on when downloading the game and playing it for a better user experience.

You can download PUBG PC games from Tencent Games and Blue Stack. These sites let you play the PUBG game on PC with a mouse and keyboard.

The objective of both games are the same but PUBG and Fortnite are unique in their own ways. Fortnite's gameplay tends to be faster-paced than PUBG, which means games end quicker.

India banned Chinese apps including PUBG and Shein last year citing they were engaged in activities that were prejudicial to sovereignty and integrity, defense, and security of the country.