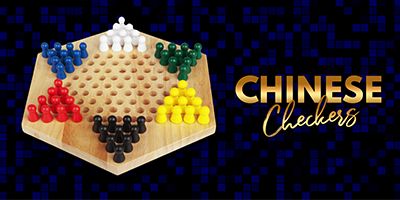 Chinese checkers, sometimes known as Chinese chequers, is a German strategy board game that can be played by two, three, four, or six persons, individually or with partners.

Each player competes to be the first to move or jump a set of marbles from a home point to the opposing point of a pitted 6-pointed star.

The oldest form of checkers, according to historians, was played approximately 3,000 B.C.E. Archaeologists discovered it in Iraq's ancient city of Ur.

Alquerque was an ancient checkers variant that was played in ancient Egypt as early as 1,400 B.C.E. For thousands of years, Alquerque was extremely popular throughout the Western world.

Checkers, as we know it now, is thought to have originated around the beginning of the 12th century. The notion of playing checkers on a chess board comes from a Frenchman. The game was known as "Fierges" or "Ferses" at the time. The game made its way to England and the Americas with a new board design and set of rules.

How to Play Chinese Checkers?

With 2 to 6 players, Chinese Checkers is a delightful game to play. The game can be played in a variety of ways. Despite the fact that different regions have their own variations on the game, here's how to play Chinese checkers the way the rest of the world does.

The goal of Chinese checkers is to get all of your marbles to the star's opposite position. The player who completes this task first wins.

The Chinese Checkers board, also known as Chinese Chequers, is shaped like a six-pointed star. Each point of the star is made up of ten holes in a triangle (four holes to each side). The board's interior is a hexagon, with five holes on each side. There are six sets of ten pegs with corresponding colours for each triangle.

Learn How to Play Chinese Checkers in Steps:

The best parts about any game is finding a way to go around the rules so you can win the game. So here are the Chinese checkers rules! What you want to do with them is totally up to your imagination.

What are the Rules for Chinese Checkers?

Whenever you play checkers game, your opponents are always expecting you to come up with complex strategies. So tricking them into believing that you have an ace up your sleeve is the best way to go. But to really throw them off, you will need to learn Basic chinese checkers board game strategy.

1.) Do they play Checkers in China?

Although the name suggests it, the game is not originally a Chinese game. However, people do play the game in china, just like they play other real cash games like poker and rummy.