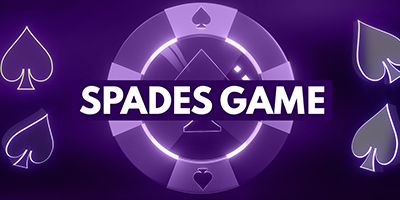 Spades is a trick-taking card game created in the United States in 1930. At the beginning of the game, players place bets on how many tricks they will win. The trump card in the spades card game is the Spades card. That is how the game got its name. If a player lacks a card from a specific suit, they can use the Spades card as their trump. A few games that are played similarly to Spades are Call Bridge, Whist, Call Break, and Hearts.

What is a Trick-Taking Card Game?

Each player in the game places a card on the table one by one. The player who has the best card takes away all the cards.

Want to play the Spades game? Find out how to play Spades below.

How to Play Spades Game?

b.) Choosing a Dealer

Below are the spades rules for using the trump card.

When Can You Play the Spades Card?

You can play the spades card only when:

Post the basics of how to play spades, you can now have a look at the scoring and variants of the game.

Understanding scoring is important when you play spades online.

If you want about the variants to play the spades game online, have a look below:

You can play spades card game online through your smartphone. There are many free versions of the games available too. Poker is a trending card game. Have a look at the comparison of poker and spades given below.

Q.1) What are the rules for the game of spades?

Q.2) How Do You Play Spades for Beginners?