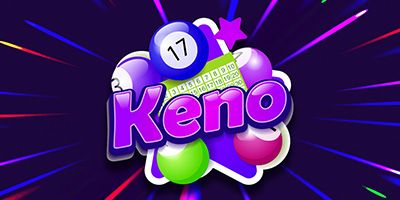 Keno is a lottery-style gambling game that is popular in modern casinos and is also offered by some state lotteries. Players place bets by selecting numbers ranging from 1 to usually 80. After all, players have placed their bets, 20 numbers are drawn at random, either with a ball machine similar to those used for lotteries and bingo or with a random number generator.

Each casino creates its own set of payouts, known as "paytables" in the keno lottery. The player is paid based on the number of numbers chosen, either by the player or by the terminal, the number of matches among those chosen, and the wager.

Read further to understand how to play keno and keno rules.

How to Play Keno Game?

If you want to play keno online, you can refer to the rules of the game.

The keno rules are as follows:

How Do You Win Keno?

When you are playing keno online, you need to know some tips and tricks. Below is how to win keno.

Here are 5 Tips for Increasing Your Chances of Winning a Keno Lottery Game:

To name a few, Texas Hold’em, Omaha Poker, Omaha Hi-Lo, Pineapple Poker are a few online poker tournaments that you can participate in. So, what are you waiting for? Download the Spartan Poker app now. Play online poker and earn real cash!

In Keno, numbered balls are placed circular transparent containers. A random number generator spins until 20 of them are drawn.

You have to be lucky to win keno games. Numbered balls are placed circular transparent container and a random number generator spins until 20 of them are drawn.

Keno is a lottery-style gambling game.