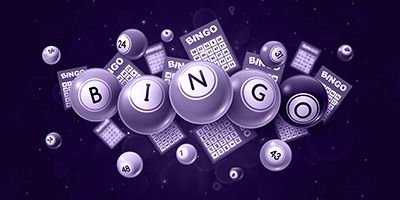 What’s the best time of your life? It’s the time when we had nothing to stress about and play games with our friends and family! Isn’t it?

Bingo is a popular game that people of all ages love to play. Easy rules and simple instructions are the two golden reasons that made this game a hit among everyone. Be it a house party or family get-together, you can play this fantastic game, and bring on some fun for the day!

There is a grid of numbers, each of which represents a win when selected at random. Bingo is one of the most popular low-cost gambling games on the planet.

Bingo has gone by many different names and many people have learned how to play bingo in many different ways. Lotto (or loto), a children's game, was the first name documented in 1778. The original American version, known as keno, kino, or po-keno, dates back to the early 1800s. The only form of gambling approved in the British armed forces, the game is known as tombola (1880) in the Royal Navy and house (1900) in the Army. Beano, lucky, radio, and fortune are some of the other names used in the United States. During the Great Depression of the 1930s, a variant (often referred to as screeno) was popular in movie theatres, with one night of the week designated as bank night, when patrons received free bingo cards with their admission tickets and prizes ranging from hundreds of dollars in cash to automobiles.

How to Play Bingo?

Bingo is a simple and enjoyable game of chance that anyone may enjoy. The game is played on a scorecard with 25 squares, and you win if you get 5 squares in a row.

In order to reach the end goal of the final win in Bingo, you need to keep the following points in mind about how to play bingo:

A bingo scorecard has 25 squares. The word BINGO is written on the scorecard. The middle square on the card is a free space. Players win the game if they get 5 squares in a row, either vertically, horizontally, or diagonally.

One of the players takes the role of a caller. They call out the letter-number combination on the bingo scorecard.

As you can see, there are letters B I N G O and 25 numbers on the card. If the caller says B-5, then the player marks the number 5 under the letter 'B' from BINGO. If the combination is not there on the bingo scorecard, then players wait till another combination is called.

Keep playing the game till someone has marked 5 squares in a row. (Vertical, horizontal, or diagonal). Say ‘BINGO’ if you have made a row.

The caller checks if your rows are valid. If they are valid, you will win cash prizes.

Bingo is traditionally played in a huge hall in person. Players who how to play bingo gather in the hall, pay a charge to enter, and then begin the games. A bingo game night consists of a series of bingo games that are played one after the other.

To play online bingo, firstly, players choose how many number cards they’d like to play before the game of bingo begins. The more bingo cards you choose, the higher your chances of winning. A random number generator makes the scorecard that consists of numbers 1-75 or 1-90.

The good part about playing online bingo is that you wouldn’t have to keep a track of the numbers that are called out. They will be automatically marked on the scorecard. You win the game if you fill in a row of numbers that is either horizontal, vertical, or diagonal.

While bingo game and poker game are two very different games, they are also rather similar. They may not have the same glitz and glam, but the fact that they are so dissimilar is only one of the reasons why both card games may appeal to very different people at the same time.

Online poker games are accessible 24 hours a day.  Some poker games that you can play on your smartphone are Texas Hold'em, Omaha Poker, Omaha Hi-Lo, and Chinese Poker. Get the Spartan Poker app for your phone right away and start playing online poker now!

When the numbers on your tickets are called out, you check them off when playing online bingo or land-based bingo.

2.) What does it mean when someone says bingo?

It is a call made by the winner of a bingo game, in which players check off numbers on cards while callers pick numbers at random, with the winner being the first person to mark off all of their numbers. The phrase 'bingo' can also be used to express excitement at a nice surprise or outcome.

After hearing someone mistakenly exclaim "bingo" instead of "beano" while he was playing the game, Edwin S. Lowe nicknamed it "bingo."

4.) What is the story behind bingo?

According to legend, the bingo game was invented by Edwin S Lowe, a toy manufacturer from Long Island, who originally played it at a carnival in Georgia, where it was known as 'Beano' since beans were used to record numbers. Lowe was so enthralled by the game that he began playing it with his friends, one of whom was so overjoyed at winning that she exclaimed "Bingo!" instead of "Beano!"

Yes. You can play bingo online for free.

Players cover a vertical, horizontal, or diagonal row on the bingo scorecard to win the game.

8.) How many numbers are called in a Bingo game?

Typically, there are 1-75 numbers in a bingo game.

The 4 corners are the frame or the four outer squares in the bingo scorecard.