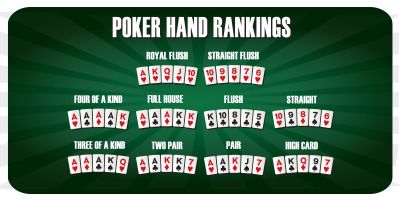 There is no shame in not knowing what you are doing. But making an effort to garner more information about a certain topic is brave. So kudos to you for taking a step in the right direction.

It is good that you have finally decided to brush up on your poker information. You probably have a rough idea about what poker is all about from the various online games you tried out, or the poker sessions you attended with your friends. But everything you can learn about poker hand rankings and poker sequences can be found in this article that you can look back to as a reference point.

What no one really talks about is how poker is the most popular card game in the world. In fact, some sources claim that over 100 million people play this popular sport all over the world. There are poker tournaments hosted with big prize money and huge sponsorships. People battle it out in poker hand rankings and use their poker sequences to win big time at the tables.

People probably go gaga over a pack of cards to play this incredible game because of the combination of strategic challenges with psychological elements that it contains. It keeps you excited, thrilled, and scared while offering huge rewards upon getting poker winning hands. You must not just play your cards when playing poker; you must also analyze and respond to your opponents. It is not just a strategy game, but it's also a social and human one as well. But before you learn to examine your opponents with poker winning hands, you need to be armed with a perspective that will get you one foot in the door, and eventually help you win the game. If you get the basics right, you could go a long way and possibly make this amazing game a full-time job.

Now it is time to get some perspective on the game. Here you will learn about poker winning hands, the poker hands chart, poker order, poker pairs, poker hand rankings. Basically, all the fundamental basics of poker. So gear up for your crash course. 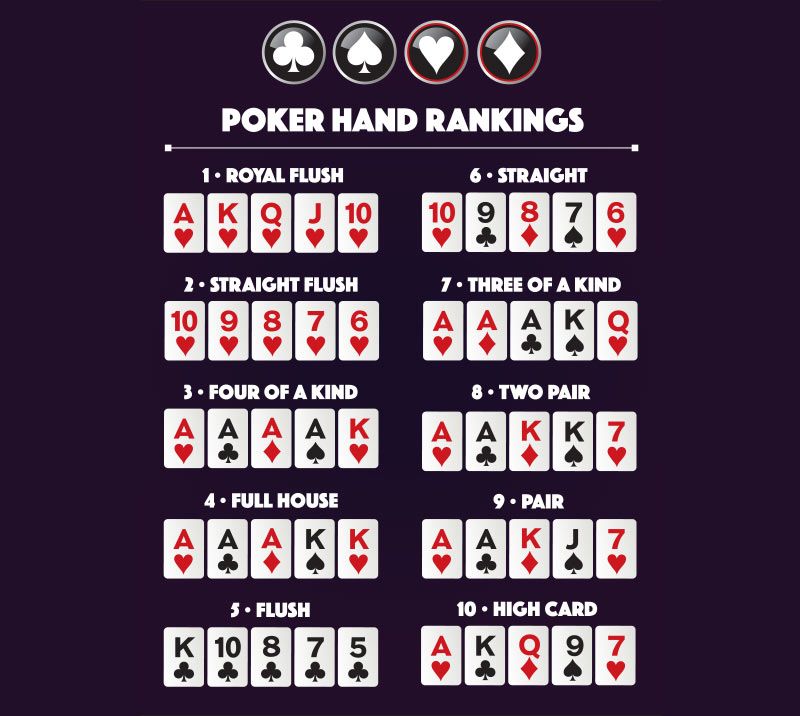 At every poker game, you are dealt two hole cards to start with which are solely visible to only one player. These cards are to remain hidden from other players. Along with the two hole cards, five community cards are also dealt into the play.

When all the players have been dealt their hole cards and the community cards are dealt, the game starts. Each person reviews their own poker hands according to their poker hand rankings and chooses to either raise, fold, check or go all in.

From the best poker hand rankings to a poker hierarchy that is only good for a bluff, every card has its place and purpose.

Poker Sequence from Highest to Lowest

When playing a game of poker it is crucial for you to know the various poker hands and poker hierarchy. When making a hand, it should fall under the below-mentioned poker card rankings. But if another player's hand is on a poker order that is lower than yours, you are sure to win.

3. Four of a Kind: When your poker winning hands contain four cards of the same poker hand rankings, it's known as Four of a Kind. For example- If you have a King of all 4 suits, the poker combination is known as four of a kind. This poker sequence is also sought after since it is better than the other poker winning hands on the poker hand rankings list.

4. Full House: A Full house<> is when players have poker-winning hands that consist of a poker pair as well as three of a kind in any poker order. This poker sequence falls fourth on the poker hand rankings list.

5. Flush: If you have 5 cards of the same suit, but not in a poker sequence, it is called a Flush. For example- any five cards from the hearts suit make a flush.

6. Straight: 5 cards in a sequence, irrespective of the suit, is called a Straight hand.

7. Three of a Kind: Three of a kind is when you have three cards of the same rank to make poker winning hands.

9. Pair: When you have two cards of the same rank, that hand is called a Pair or a poker pair.

10. High Card: If you haven’t made any of the poker hands mentioned above, the highest poker ranking card will be considered. This hand is called the High Card.

The topic of the best poker hands has been contested by poker intellectuals, players, and general novices!

Although there exists a set poker sequence for all the poker hand rankings available, there is still a lot of discussion about the various poker hands that exist out there. So without stepping on any toes, let us tell you what we know about the 20 different hands that exist in poker.

You would think that with so many types of poker hands, there would be a higher possibility of hitting straights and flushes all the time. You would be right in that aspect. But surprisingly, the rarest hand that you can encounter in poker is the Royal Flush.

In fact, if you have played your fair share of poker, you will have made a bunch of Royal Flushes. But if you keep playing, you will notice that your opponent has made a Royal Flush while you still have a Full house. That is the fickle-mindedness of a poker game.

Since you just got a crash course on the various poker hand rankings as well as a list of poker hands, here, you are now prepared for a little insider knowledge about the best and worst hands in poker.

What is a Tie in Poker?

What is a Kicker in Poker?

A kicker, sometimes known as a side card, is a card in a poker hand that does not contribute to the hand's rank but can be used to break ties between hands of the same rank. The hand K-K-10-8-4, for example, is classed as a pair of Kings. The kickers are the 10, 8, and 4. This hand would beat any hand with no pair or a lower-ranking pair but would lose against any hand with a higher-ranking pair. The kickers, on the other hand, can be used to break ties amongst other hands with a pair of Kings. K-K-A-7-9, for example, would win since the A kicker is higher than the 10, but K-K-10-8-3 would lose because its  3 is outranked by the 4.

The best poker hand is usually defined by the strongest poker hand rankings there are. However, the best hand can change numerous times from flop to river. A great example of this would be when you have Pocket Kings and an A turns up in the flop. Suddenly your pocket kings don’t look like the best option for you. But big pocket pairs like pocket aces, kings and queens are great to have when you want to dominate the rest of the starting poker hands.

If you ever catch yourself with a pair of pocket Aces, then congratulations, you have the best possible starting hand.

The Pocket Ace’s starting hand is the best because it can be used to dominate other hands like KK, QQ, and JJ so there’s huge potential to win a massive pot. So when you get this hand, you need to place a big bet unless the board is showing possibilities of a flush or straight.

Poker players would rather fold than be caught dead with a 2-7 offsuit. This starting hand is considered the worst poker hand to start with even in Texas Hold’em because of the small pool of options available, as well as being the lowest possible straight that can be achieved.

This hand will not help you much because you can not have a straight draw, flush draw, and even if you wind up with a pair of 7s or a pair of 2s, you probably do not have the best hand.

If you ever end up with this hand, your best option is to fold.

In conclusion, we hope that this information answered most of your questions and helped you understand the poker hand rankings and the poker card rankings a little better. It would be great to practice everything you have learned on the Spartan Poker website.