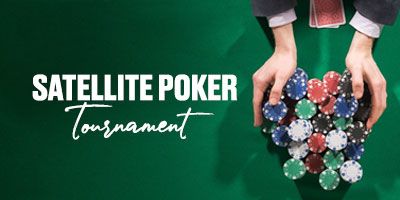 Poker is undoubtedly the most popular card game across the globe. Involving some interesting elements like predicting, betting and strategies to steer towards the winning title. Over the years, India has emerged as a haven for poker. Many online poker, as well as offline poker platform, has been introduced that has significantly contributed to taking the poker game to a whole new level in the country. There are some unique poker tournaments in India that have bagged ample popularity with their distinctive gameplay and rewarding criteria.  A satellite poker tournament is also one of the popular poker tournaments that rewards the players in the best way possible. With its unique concept of lesser buy-ins that get you through bigger events, satellite tournaments have become a popular poker tournament. Today, satellite tournaments are a prominent part of every poker platform and a favoured choice for poker enthusiasts aspirations. Apart from a recreational poker tournament, satellites are also an imperative element of making a profit in the game professionally.

What is a Satellite Poker Tournament?